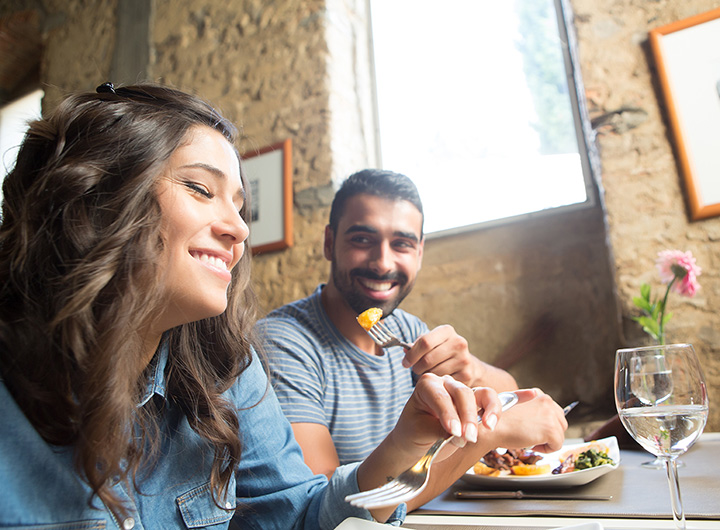 The culture of a community can best be experienced through its food. And the longer the restaurant has been around, the more stories it has to tell. Oklahoma boasts a variety of restaurants that have been around for generations, showcasing everything from traditional Southern barbecue to time-tested diner eats. Next time you're in the neighborhood, check out these 10 historic restaurants in Oklahoma.

This bar was established in 1896. It closed during Prohibition but reopened shortly after its end. Its menu is simple yet classic. They’re known for fried chicken. It’s served picnic style, with bread, sweet pickles, dill pickles and onions. Bring cash, because they don’t take debit or credit cards.

This restaurant is located in the historic Stockyards in OKC and has an interesting history itself. It dates to 1910. In 1945, ownership changed hands on the roll of dice. There’s probably no better place to get a steak in the state. They start with Midwest-raised beef, age it to perfection, hand-cut steaks and cook them without ever freezing the meat.

Van’s has been making the perfect barbecue since 1930. It’s been named one of the nation’s top barbecue restaurants by many of its customers. It started in Shawnee, but it now has locations in Moore, Norman, and Purcell. It’s an Oklahoma tradition that you need to try at least once.

Hammett House offers home-style cooking like they’ve been doing it since the 1960s. They have some updated salads and sandwiches, but the classics, like chicken-fried steak and fried green tomatoes are worth the calories.

A post shared by RVCampingwithSpecialNeeds (@rvcampingwithspecialneeds) on Jan 7, 2019 at 6:40pm PST

Frank & Lola’s is another restaurant with over 100 years of history in Oklahoma. It’s rumored to be haunted, but the made-from-scratch menu items will make the risk of seeing a ghost worth it. Save room for their signature bread pudding. It’s a bowl of yummy nostalgia that’s worth the wait.

Clanton’s Café is the oldest continually owned family restaurant on Route 66. It’s been owned by the same family since 1927. One of the waitresses has been with Clanton’s for over 50 years. It’s good diner food. The chicken fried steak is a specialty, as are the lamb fries.

Ike’s has been serving up its award-winning chili since 1908, one year after Oklahoma’s statehood. Martha Stewart named it as the best chili in the nation. It was the favorite of Will Rogers. Order it straight to enjoy the original recipe as it was meant to be served, with plenty of crackers.

This café that was founded in 1926, calls itself the oldest café in Oklahoma with the same name at the same location. The proprietor was known for giving free steak dinners to soldiers when they came home from World War II.

Jigg’s is the youngest restaurant on this list, built in the 1970s as a smokehouse, not a restaurant. When it opened as a restaurant in 1978, they served two items, a ham or turkey sandwich with no condiments, just butter. Today, they have a few more options. All meat is smoked and chopped on-site. You can get a basic sandwich on wheat or white bread, with mustard, mayo or barbecue sauce. But sometimes, the classic sandwich is the best.